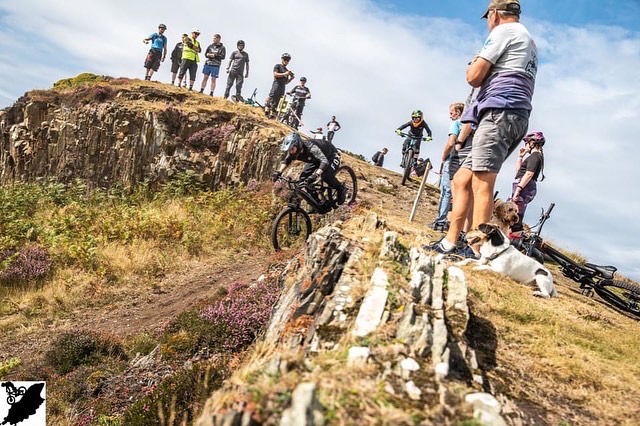 Manx MTB Enduro held the 4th round of the Enduro race series on the iconic Peel Hill on Sunday 7th August and SkillanNaylor Car Company were the event sponsor.

The event saw over 100 participants tackle three stages starting from Corrins Folly on the top of Peel Hill. The event was won by up and coming local rider Ise Batty with a race time of 5.16.11. This was a dominate performance and to put it in to context Ise time was 10 sec quick than the person in 3rd place and over 30 secs quicker than the person in 10th place. Ise is definitely a rider to watch out for in the future.

Shown in the feature image is SNCC Director Simon and his son Harrison. Simon placed 11th in the E Bike class with a race time of 5.59. At just 12 years old Harrison is to young to officially compete however tackling this course was an achievement on its own.