The New MINI 3Dr Hatchback has been a runaway success ever since BMW reintroduced the brand back in 2000. The 3Dr hatch is a great car but some people find its size a limiting factor. What do you do if you love the MINI brand but need more space? If you wanted 5-Doors and a larger boot you usually had to buy something else from another car manufacture.

In 2010 MINI solved the problem when it launched the all-New MINI Countryman. Code named R60. This was an altogether larger car offering seating for five, a larger boot and an elevated driving position. The Countryman shared very little with the other MINI's. The styling was similar but chunkier. The engine range was carried over and for the first time the Countryman was offered with 4-Wheel Drive.

The New Countryman was a BMW product but didn't share anything with other BMW's available at the same time. This had a limiting factor to the technology available and to some degree the build quality. It was a great car and sold very well but you could sort of tell it could do better. 7/10 would be a fair score.

Now that the Countryman had a sister car in the X1 meant an upgrades across the board as to what was available and how the car was built. The car also grew slightly in size and could now be regarded as your primary family car.

New more powerful engines, a more advanced transmission and optional 4-Wheel Drive, a higher level of equipment and more factory options. MINI has always been about individuality. If you want your car to have a personality look no further.

The MINI Countryman is seen as a 'lifestyle' car. It's often bought by people by who enjoy outdoor activities. This car is equipped with a detachable towbar making it suitable to carry bicycles on a bike rack.

This car is a Cooper S model which means it is powered by a 2.0L 4-Cylinder Turbo Petrol engine that develops 190 BHP. The engine is mated to an 8-Speed sports auto gearbox that features steering wheel mounted gear shift paddles. This combination makes for a car that car provide swift performance and acceptable running costs.

Presented in excellent condition and with just 28,487 miles this car is ready to go.

The features & options of this car include:

Drive this car from only £339 per month. 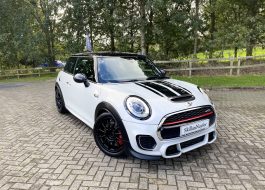 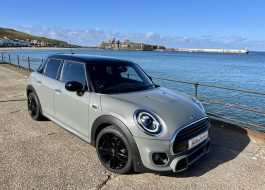